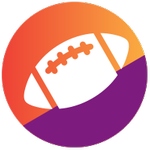 I signed up for At&t in July they made me pay a bill that was previously supposed to be taken care of. With me paying that account off they sent me 2 reward cards as a credit. they then sent me a $100 card for signing up for the internet which didnt come for 2 months. When I first signed up it was for Uverse, Phone and Internet. When I moved they did not supply uverse in my area. I was told to cancel that service and I will be contacted about any cable services once available. So I cancelled they sent a notification to me via my account saying that if I add directv to my internet and phone I would be receiving a $300 reward card. Now that its been over a month Im calling and they are saying that they already sent the payment but they havent. I keep telling them to check the dates and I keep getting the run around. I just want them to fix their wrongs and send me my rewards. What can I do? Should I call the better business bureau? Who should I contact because clearly I keep having issues with them.

Hello @Nakeemah - Once you logged in there the card actually takes between 4-8 weeks to be sent out. However the redeeming is very time sensitive. if not claimed within 6 weeks of being installed the promotion expires.

Were you offered a DIRECTV Reward? Wondering how to redeem it?

Did you get Internet service?

You may need to redeem your Internet Reward here.

Why didn't I receive a Reward?

Where did you sign up? Kiosk? Walmart? Via Phone call? what number did you called to sign up? or did someone called you? We need to know these details so we can find what rewards card promotions you are referring to. I do not have an access to check your account. It really takes a lot of time to redeem a rewards card took me almost 3 months to get mine and it is only $100.

@Djinni im assuming the $100 the customer got was one of the bonus closer coupons/cards. They get sent directly out to the customer without the need to go to the website to redeem. The missing card needs to go to the redeem/rebate site and apply for it. However unless done today It may be too late.

The $300 offer was listed under offer in the right hand corner when I log into my account. I have spoke with the reward center, sales and customer service no one seems to be able to help. But just want to make customers seem like they're crazy. Obvisously its a ongoing and know problem because there are multiple complaints on this site about it.

@Nakeemah see the issue is its explained how to claim/redeem it in the confirmation email which most people ignore and or delete. The salesmen is each department are currently in the process of being retrained in regards to explaining to customers better how they need to redeem the cards along with what the email says. On that off chance the customer doesn't read the email. That way there can be no confusion

No I think you're misunderstanding. No reward was ever giving to me. So I can not redeem something I do not have.

It most likely was, however the rewards are time sensitive, unless tou apply to claim it with x amount of time, the offer expires and its like it never existed.

I was given the same promise and only received one gift card for $100.00 after calling them several times. I was then told that the other 2 will come in the mail. I'm still waiting since June, 2018. ATT/DirectTV, if you promise this rewards you MUST deliver!! I'm tired of dealing with monster companies like your thinking that you have the power to do what ever you like, well, i think you are wrong and at this time is no so much about the money but i know for you it is. I will visit the Costo store where i signed up for the service. I will speak to the person in the store and i will get it resolved one way or anther as i have done in the past, If not, ATT it will cost you more than $200.00. You lied and continue to do so to all of us. Do you think I'm just going to sit there and wait until you decide? No amigo!!

Once you logged in there the card actually takes between 4-8 weeks to be sent out. However the redeeming is very time sensitive. if not claimed within 6 weeks of being installed the promotion expires.

Were you offered a DIRECTV Reward? Wondering how to redeem it?

Did you get Internet service?

You may need to redeem your Internet Reward here.

Why didn't I receive a Reward?

If this reply helped you please use Accept solution to mark it as an Accepted Solution.

These steps and URL do not work any more as they switched to the ATT servers now that they merged, could we get new steps and Logon URLS please.

Only got a $200 Visa, thinking I was scammed like the others please help.

The only thing that really matters is what's stated on your order confirmation. Any error in your reward amount should be caught before accepting the order.

[Edited for privacy-This is a public forum. Please do not post personal or unique information such as but not limited to full names, employee ID numbers, email addresses, phone numbers, account numbers, etc]

This sounds like you where talking to a third party company that sent the order to DTV, what does the DTV email say about the $300.