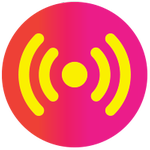 I need the contact information for a formal complaint. I have escalated to several supervisors and they refuse to connect me with anyone higher. As an executive for a billion dollar healthcare organization I take the emails, letters and calls personal to help make my organization better. I have been truly mistreated and have not received a satisfactory answer or resolution. I will not stop until I talk to someone.

There is none the CSRs are the only way to contact DTV unless AT&T cares send you a PM and responds to this post with a message that they will send you a PM.

Prior to AT&T buying Directv you could escalate an issue and even have a Regional Manager contact you due to a major issue. Since it is now run by AT&T you can barely speak with an American. Maybe the new Congress should pass a law that the Customer Service jobs be sent back to the U.S.

I no longer battle directly with any company after the initial attempt to resolve the issue.

I go online and file a complaint with the state attorney general (AG) - consumer complaints, in each state where:

2) company operates out of

eventually two of those will bow out, and the correct state will "mediate" the case.

Depending on the type of company, type of service, state laws and regulations, contract language, there is a correct state but it is often not apparent, and it is prudent to avoid delays by filing with all possible states.

The advantage to letting the AG handle the dispute is that you as an individual, have no leverage, but a company is compelled to spend resources repeatedly answering the attorney general in writing and following up until the complaint is resolved.

If you do not have a legitimate case, you will just waste everyone's time, including your own.

But if you do have a case, the AG will run the complaint to ground.

It's not necessarily that a company is trying to screw you, it's just that complaints often take an eternity to escalate or find someone that can actually resolve your problem, and that person, and everyone else you dealt with, really doesn't care if they help you or not (imagine if that was your job?... and sympathies if it is).

The AG is basically a thorn in the company's posterior, and the company realizes that they're on the clock and accepts that life is easier for them to resolve the complaint ASAP rather than have it escalated to their upper management and added to the AG's log of complaints against the company.

I've done this ~ 10 times in the past 20 years, the first time after trying to resolve a complaint over a year.

My only regret, and lesson learned, was to limit my direct attempts to ONE TIME, then get the AG involved.

A few years later, another issue arose with that first company (mortgage company that misapplied a payment).

I filed a complaint directly with the company online, mentioning that they had one chance and X number of days (can't remember but I think it was 3 or 4 days) and I would then file a complaint with the AG... AGAIN.

They called within 24 hours, multiple times, left messages with a number to call them, again called me and caught me on the 4th or 5th attempt, and the lady spent close to an hour and fixed the problem in real-time, pending overnight server processing, then called again the next day to confirm the fix and my satisfaction.

I could only conclude that a notation was in my account from the first go-around to fix this guy's problem NOW because it was going to be easier than having him turn the tables.

Thanks so much for the info!!

Writing a letter to the ATT Office of the President also documents and escalates your issue (I don't have that address handy, but easily found via Google) and that's likely to be a faster route than the state AG because my understanding is that OOP, AG complaints, and letters to Legal are all handled by the same process. They'll more easily be able to track an issue and follow-up, and also have more discretion (though of course outcomes will vary depending on the nature of the issue and the resolution you were looking for).

They are going to give you the run around, calling and talking to the majority of reps who english is not their first language, hoping you just go away and just pay your bill. As an AT&T Uverse and Direct TV installer in Northwest Arkansas, I would stop the first AT&T company car, van, or truck I saw and tell the sales rep or technician that I wanted the name, phone number, and address of their supervisor and next higher boss. They cannot refuse you this information. Being that your stuff was installed locally, their supervisor or one of the supervisors working with him/her should be the first responsible party for your problem. By taking the problem to the local boss or the next higher boss puts the responsibility back on the right person, the technician that installed your stuff, his/her boss, and his/her next higher boss. Confront them directly, they will fix your problem.

"Writing a letter to the ATT Office of the President also documents and escalates your issue (I don't have that address handy, but easily found via Google) and that's likely to be a faster route than the state AG because my understanding is that OOP, AG complaints, and letters to Legal are all handled by the same process..."

*I am an AT&T employee, and the postings on this site are my own and don't necessarily represent AT&T's position, strategies or opinions.
_______________________________
Response from [DNS NY 2 LA]:
I have been a subscriber with DTV since 1994, the first 10 years through Pegasus, who handled the "rural" DTV/USSB accounts, so I actually went through a prior "transition learning curve" when DTV acquired the Pegasus accounts, and initially there were a similar nature and volume of complaints to the current ATT acquisition of DTV, "DTV's handling of the former Pegasus accounts has been a disaster...".  I guess that over time DTV improved, and eventually ATT will as well... unfortunately if they do not meet my "one opportunity" guideline, I will move forward with the AG route. I mentioned that I have opted for the Attorney General (AG) route ~10 times for various disputes, that were not handled in a satisfactory fashion, including one instance when I originally contacted the DTV equivalent "Ellen Filipiak: Office of the President", complaints department. Granted, ~10 is not a significant sample size, but I can state with certainty that in each and every instance, the resolution and duration with which each complaint was handled was done so in a manner, orders of magnitude more efficiently than it was with letting the company handle the complaint. Since you are an ATT employee, I will accept your statement that a complaint through the AG is processed the same, at least for ATT, but my experience has consistently demonstrated that intervention on the part of the AG has drastically altered the process, and absolutely contradicts your statement that "... that's likely to be a faster route than the state AG", and though my sample does include DTV, but not ATT, so I can not speak personally about ATT but in generalities, there is ample evidence on this site, specific to how (un)satisfactorily ATT has addressed unresolved extended-duration customer complaints.

ATT dropped One America News and although very disappointed, I didn’t complain.  Now, I hear you may drop Newsmax.  If that happens I will have no other to choice to drop ATT as my carrier.  It works both ways.

ATT dropped One America News and although very disappointed, I didn’t complain.  Now, I hear you may drop Newsmax.  If that happens I will have no other to choice to drop ATT as my carrier.  It works both ways.

This is a public forum of other customers. “We” didn’t/aren’t dropping anything. “They” may.

As you are replying to an outdated thread, it will now be CLOSED.