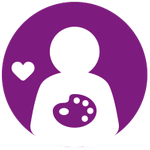 If I buy and install the slimline-3 dish now, will it work with the DSR704s?

I have a pair of DRS704 DVRs (1980s vintage) that I have upgraded over the years so they now have 1 TB SSDs for recording. I own the DSR704s.  They are currently connected to a 3 LNB oval dish (4 wires... two going to each of the 2 receivers built into each DVR.  I have been told that sometime in 2019 this dish will stop working, and I'll have to go to a slimline-3 dish.

My question is..... If I buy and install the slimline-3 dish now, will it work with the DSR704s?  I understand I'll have to use a signal splitter to feed the two DVRs.  It's just that when I look at lists of receivers that are compatible with the slimline-3 dish, the DSR704 is not listed.... and I'm thinking that might just be because it is so old DirecTV might have forgotten it even exists. I plan on eventually upgrading to a Genie and Genie Mini to replace them..... but I cannot get an installation for several weeks (it's a nightmare where I live.... I waited three weeks for an installation today, and the guy finally showed up 6 hours late at dusk... too late for the installation.... and told me the soonest he could come back would be another two to three weeks, and during that time frame my wife is having major surgery, and his coming them just won't work)  In other words, circumstances are such that if I don't get the installation in the next week, I won't be able-to for a couple of months.  I'm thinking I can just upgrade the antenna now, and have them send me the Genie and Mini myself to hook up later (they already told me they'd do that).  So the issue at the moment is if the Slimline-3 dish will work with the DSR704s.

My alternative is to call Dish.  They said they can have their installation done tomorrow.

DirecTV as announced years ago will be starting (April 2019) to shutdown the old MPEG-2 (SD only) feeds. After that DirecTV MPEG-4 (SD and HD capable) boxes and receiving dishes will be needed to continue the service. DirecTV stopped offering SD only service in 2015 and SD TVs haven't been made in many years.

Sorry but old boxes are not MPEG-4 compatible as it has to be built in. And DirecTV didn't exist in the '80s (they started in '94). In either case it is impressive those boxes were still working.

Genie and Clients are the complimentary MPEG swap if you have at least one DVR. However it is not self install because not only do they have to update your receiving dish, they must convert your cabling to the Single Wire Multiswitch (SWM) setup. No longer does each box need a cable for each tuner it has. Now no matter how many tuners (Genie 5, Mini Genie Client 0, regular HDDVR 2, HD non-DVR 1) the box only needs one cable so it is connected to the system.

Log into your account www.directv.com and you can reschedule the order there, or if needed call DirecTV 1-800-531-5000 to do it through customer care. You do not reschedule with the individual tech as they do not manage the appointment system. The tech only goes to the appointments the dispatch center schedules them on. Personally I would call because that lateness of the tech with no notice was a huge inconvenience. You may need to request a supervisor as they may be able to do an escalation with the tech center because of your situation. Just when you get the voice system say "cancel" to route you to their retention/cancellation department directly.

DirecTV Genie/HDDVRs can still use external hard drives (with the exception of the HR54R1 which is an odd variance of the HR54). Must be eSATA with fan enclosure. The Genie has 1TB built in, initially supporting up to a 4TB external, but other users have gone to 12TB and 16TB successfully (though I think that is overdoing it). Just like with any DVR replaced, the recordings do not transfer. The internal drive is disabled while the external is connected so you want the external to be larger in order for it to be worth it. Since your SSDs are 1TB they would not benefit the Genie. However if you were to replace a Mini Genie Client with an HDDVR, those have 500GB so a minimum of 1TB would be better. Regular HDDVRs have a hard cap of a 2TB external. Even if your current external drives are compatible, when connected to the new DVR the old recordings are not accessible as encrypted to the old DVR and will be overwritten by the new recordings.

Hopefully they get this rescheduled for you. In the event you do cancel, be aware you will still have service through the end of your service cycle even if you have a new provider installed before then. AT&T changed the cancellation policy effective January so cancellation works the same for all customers to simplify the process and avoid people being confused over any proration on final bills.