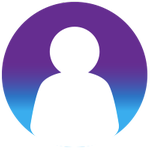 Is it possible to switch the equipment without getting a new access card?

Continue to get a code 752.  Is it possible to switch the equipment without getting a new access card?

You cannot swap access cards as they are paired to the specific box.

The HR44 is a Genie which DirecTV will not ship as an upgrade, requires a tech install to make sure you can support  the additional tuners, that you only have 1 (cannot have multiple on the account), Whole Home DVR is active, and that you have a SWM setup. Though the H25 is the first non-Genie to be SWM only, so that part is ok.

Where did you get the box? If you got from a 3rd party that is not an authorized retailer, such as eBay, Craig's List, a neighbor, etc., then you cannot activate that box as it is attached to someone else's account (all Genies are leased only and cannot be transferred directly between customers). If you got it from an authorized retailer (such as Solidsignal), then DirecTV might not be able to activate it because of a technical issue with their system merger. Apparently with moving accounts to a new AT&T compliant billing system, they have not been able to activate a lot of boxes that were not ordered directly through them.

With a Genie it is usually better to order through DirecTV anyway. Getting from another source does not avoid the 24 month agreement for the new box. Even if the upgrade is not free it is usually cheaper than self-install as DirecTV will provide all the connections needed and do the work for you. Plus if something happens within the next couple months, they cover their own work. But if you do self-install and mess up requiring one of their techs to come fix it, they will charge you because not their fault.

A few notes since you are trying to add a Genie.

Do not replace any HDDVRs, or even HD non-DVRs with Mini Genie Clients. Full receivers work with the Genie giving you more tuners, processing power, and recording space with no difference in monthly cost.

Genies, like all DVRs, do not have Autotune as the recording feature replaces it. Mentioning since you are coming from an H25 which since not a DVR has Autotune.

Even with the 2nd generation Genie (HR44) that is the last to have a phone jack, the outdated Caller ID on TV feature is removed from the new interface as they clean out the old unsupported software.

Continue to get a code 752.  Is it possible to switch the equipment without getting a new access card?

And if that HR44 is still active on someone's account, or was stolen, you won't be able to activate it.