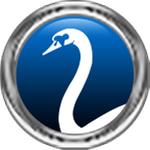 I just received a call from someone claiming to be from Directv  Saying they were up-dating my receiver. They are very good scammers, everything sounded okay until they wanted 199.99 for doing this service, I told them I could afford that he said he could lower it to 140.00. I told them I could not pay it they told me my receiver would not be up-dated and the receiver would be shut off in 30 minutes, I asked to speak to a manager another  person with a heavy accent came on and told me if I did not give credit card #'s I would lose service, they had the last 4 #'s of my credit card. We finally told them if they did what they said they would do we would sue them, because they are breaking my contract. We hung up on them and called  the Directv and of course they said it was not legit. These people are very good and convincing. The only thing they could not give me was my account number, please be careful.

@daneast Actually the scam you describe is not one I’ve ever heard of before. The typical receiver update scam involves paying for a supposed software update, not getting an actual receiver sent to you. The one you describe definitely sounds like an inside job.